Places To Visit In Dandeli

Dandeli is the ultimate tourist city in the Uttara Kannada district in the state of Karnataka. Situated across the Kali River, this city faces centuries-old stalagmite caves as well as dense forests. From thrilling rafting to quiet kayaking and from mountain biking to sweaty trekking, Dandeli is emerging as a popular tourist destination among the youths.

Sprawled in an area of 834.16 sq. km in the Uttar Karnataka region of Southern India, the Dandeli wildlife sanctuary is a joint tiger project with the adjoining Anshi National Park. Experience all the sights and sounds of the lush forests of Dandeli with a wildlife safari. Travel by jeep with experienced guides who will take you on the adventure of a lifetime, and delve deep into the natural habitat of wild animals, exotic birds and unusual reptiles.

The inimitable rush of untamed terrain – gorges, valleys, forests and swirling, swollen and frothing white water: that’s what the Kali Adventure Camp at Dandeli is about. A sprawling bungalow on the banks of the majestic Kali River, this wilderness camp is all about making a connection with nature.

Located at a distance of about 25 km from the main town of Dandeli, the Kavala Caves are essentially several ancient limestone caves that make their way through a winding tunnel. The caves can be reached by climbing a flight of 375 steps that lead to these limestone caves that have naturally formed a Shiva Lingam. It is believed that these caves have existed since prehistoric times and thus make for one of the star tourist attractions in Dandeli.

Shiroli Peak is located within the Dandeli Wildlife Sanctuary and one of the best places to visit in Dandeli. Shiroli Peak is considered as the highest point of the Uttara Kannada region. Shiroli Peak is an ideal place for tourists, and it is also famous as a trekking spot. This place is popular among DANDELI TOUR PACKAGE as it provides an excellent view of the Sahyadri Ranges.

The magnificent Supa Dam has been built over River Kali. The engineering marvel is an earthen dam with left bank spillway, stands 101 metres tall, has a length of 330 metres and a catchment area of over 1000 square kilometres. It has a power plant that generates about 100 MW of energy to supply electricity to the state.

The Sathodi falls, locally known as 'mini- Niagara' lies in the Uttara Kannada district of Yellapur, in Karnataka. Several unnamed streams near Kallaramane ghat unite together to form the Sathodi Falls. Until a few years back the non-locals were completely unaware of its existence until it started attracting tourists. The Sathodi waterfall is 15 metres tall and appears to be rectangular.

Kulgi Nature Camp is an ideal location for nature lovers as they will love spending time here in the woods. The tourists will love the perfect amalgamation of scenic beauty along with different components of nature. This place is heaven for bird lovers as they will get to see a lot of rare species here.

Sri Mallikarjuna Temple is believed to be the oldest temple in the state. In fact, a stone inscription states that it was built in 1144 on land donated by King Jayakesha. The temple is of immense religious significance and the marvellous Kadamba style architecture also attracts tourists in large numbers. The architecture is mind-blowing and the temple draws tourists and pilgrims from all across the country. People believe that it was built here even before the Shivaji Fort was built.

As the name suggests, Mini Tibet rightfully makes one feel like Tibet. As Dharamshala is to little Lhasa, similarly, Mundgod is to Mini Tibet. Established in 1996, Mini Tibet surely showcases the ambitious Tibetan culture of the refugees and also reflects their thought process to some extent. Do visit the Tibetan Monastery which happens to be one of the beautiful visiting places in Dandeli. Places to visit in Dandeli include such knowledgeable places as well.

Places To Visit In Dandeli

Dandeli is the ultimate tourist city in the Uttara Kannada district in the state of Karnataka. Situated across the Kali River, this city faces centuries-old stalagmi

Dandeli is home to numerous beautiful surprises that entices nature lovers from across the country. It also serves as a perfect weekend getaway destination for the p

Retreat into the realm of nature with a visit to Kavadi Kere when you are making a trip to Dandeli. While exploring Kavadi Kere, tourists should not miss paying a vi

Magod Falls appears at a distance 108 kilometres from Karwar. Magod Falls is one of the best places to visit in Dandeli. This waterfall is made of a group of waterfa

Dandeli is an adventure and nature lover’s haven. From trekking points to temples and caves, Dandeli has everything a visitor longs for. <span style="fo

Surrounded by a dense wilderness in the heart of Dandeli, Moulangi Eco Park is an ideal place for a family outing amidst nature. Covered in bamboo trees, Moulangi Ec

As the name suggests, Mini Tibet rightfully makes one feel like Tibet. As Dharamshala is to little Lhasa, similarly, Mundgod is to Mini Tibet. Established in 1996, M 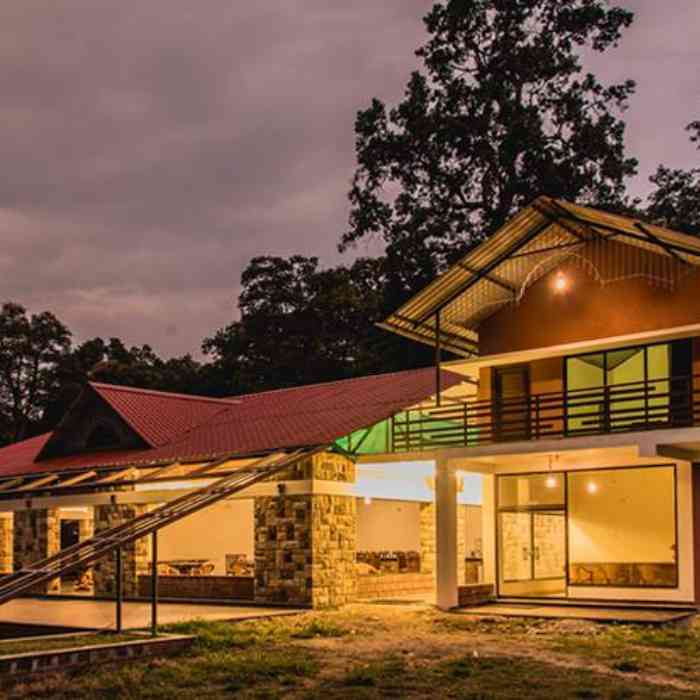 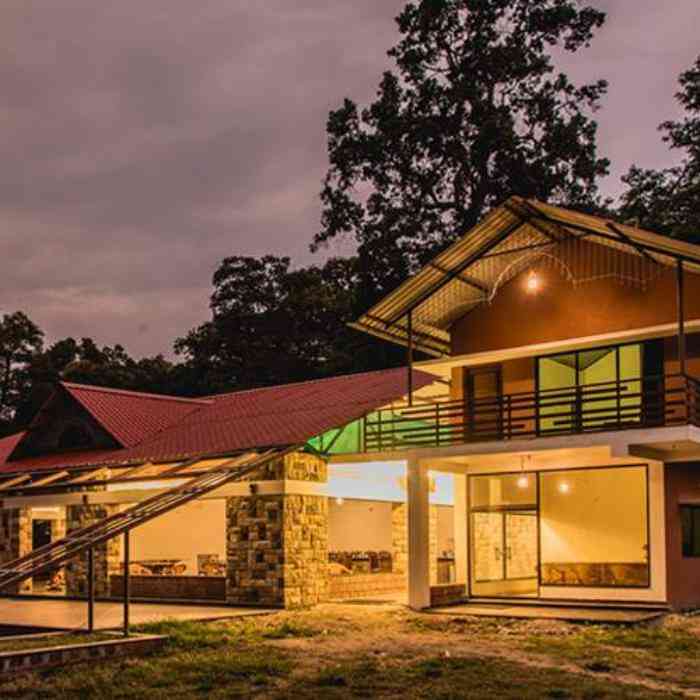 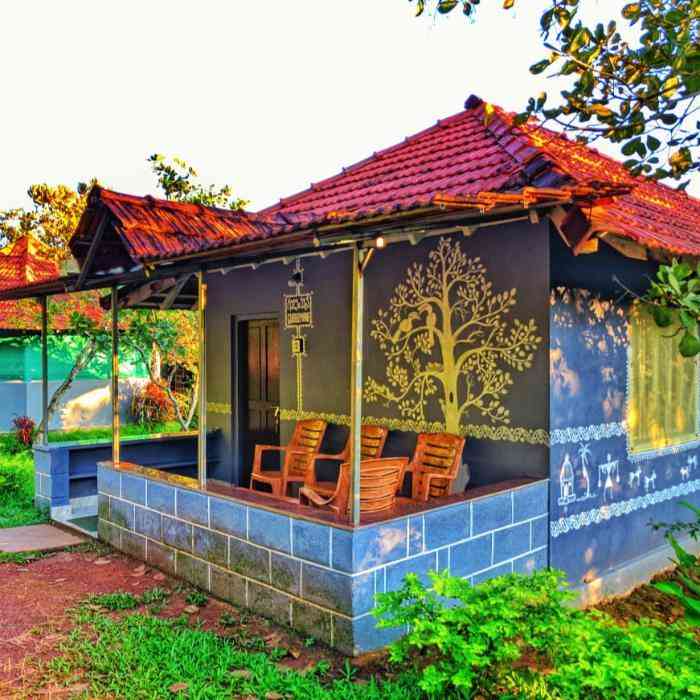 Dandeli is the ideal vacation destination for the nature lover. Dandeli wildlife sanctuary is a heady mix of nature, adventure activities and wildlife, located at Uttara Kannada district and Dandeli is growing in stature as the leading tourist destination in Karnataka. 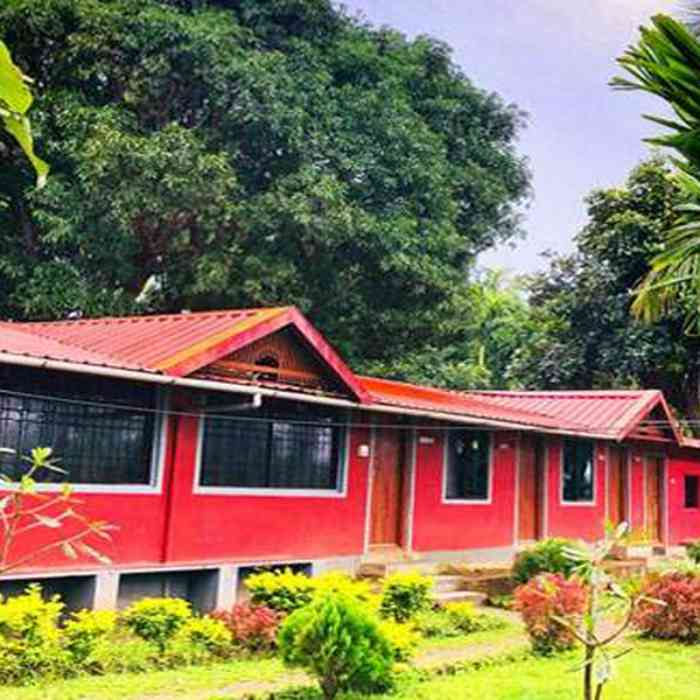 River Edge Homestay is brand new luxury homestay located at Dandeli and offers best in class hospitality and ambiance for the tourists. 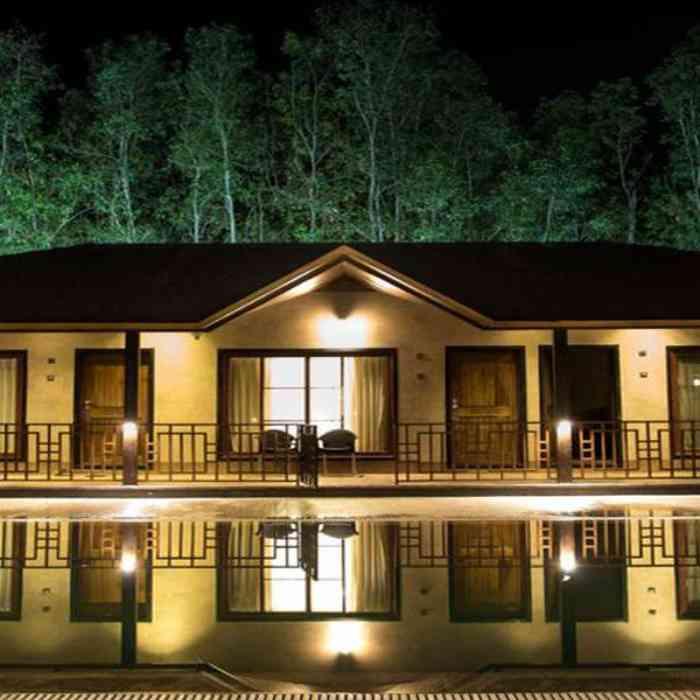 Dew Drops Jungle Resort is brand new luxury resorts located at Dandeli and offers best in class hospitality and ambiance for the tourists. 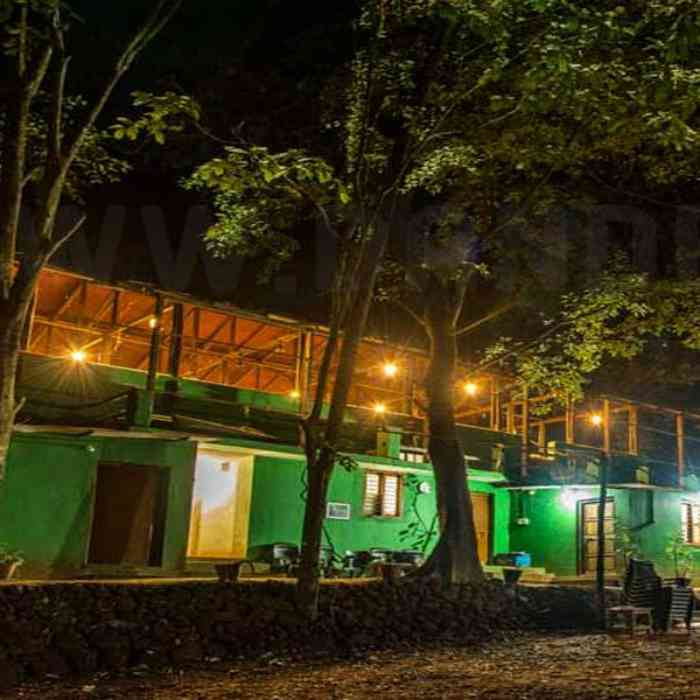 A place to just be. Catch your breath. Learn more about nature and get away from the mad rush. The Old magazine brings to mind rustic, old-world, classic roughing it. And it’s exactly that. The camp is surrounded by thick forest and you can be sure of spotting the jungle’s rare and vibrant avian denizens. The Old Magazine House is less about what you can see and more about what you can do. And there’s a lot of the latter.

The Karnataka Forest Department in association with The Tourism Department of Karnataka has organised Hornbill Festival of Dandeli in the sylvan city of Dandeli nestled in the Western Ghats – which is at the heart of habitat of the Hornbills in this region.