Life in Bangalore can become hectic and monotonous. The approaching deadlines and countless assignments make you lose sanity. Then you start searching for places where you can run away and find solace for a day. When it comes to one-day trips, there are plenty of places to visit near Bangalore. Surrounded by hills, thick forests, lakes, sightseeing, adventure activities for adventure junkies offering moments of uninterrupted thrill such as Wonderla. Here is a list of the best places to visit near Bangalore for a mini-break from city life.

The Bannerghatta National Park is a sanctuary for a large variety of flora and fauna. Other attractions here are ten Reserve Forests of Anekal Range of the Bangalore Forest Division, an aquarium, a zoo, Children's park, Crocodile Farm, Snake Park and Prehistoric Animals' Park. What's more, you can get up close and personal with the wondrous wildlife here by the means of a jungle safari, which is a popular activity to pursue here.

The best time to visit this park is during the months of November to June when the weather is cool and perfect and wildlife is easily spotted.

Sholay was not the first film that showcased the earthy appeal of the area. David Lean’s film, “A Passage to India” made the place look like caves. Whether being in a legendary movie’s shooting locale appeals to you or not, there is a lot more that the picturesque locale has to offer. From Silk farming to Mysore-Pak, from leading into the huge Hanuman statue entrance to the Ramadevara Betta Vulture Sanctuary; Ramanagara is one of the places to visit in Bangalore to enjoy heaps of activities like camping and trekking, and also an abundance of sightseeing option.

The best time to visit this place is during the winter season i.e from November to March.

The Savandurga hill is considered to be among the largest monolith hills in Asia. This is one of the popular one day trips from Bangalore for trekking and also one of the ideal weekend getaways from Bangalore. Trekking in Savandurga is an extremely popular activity. There are actually two main trekking trails that run up towards Savandurga. One is the Karigudda and the other is the Billigudda trail. Both Karigudda and Billigudda are tough climbs that run vertically up craggy rock faces. Billigudda is a little easier to climb and the trail is well marked out. Karigudda is tougher and less explored.

The best time to visit this place is between the months of November to May.

Channapatna is a small town famous for wooden toys. This place is also famous for door hangings, powder boxes and traditional jewellery. It is often hailed as the toy land of Karnataka. It is a beautiful place to visit near Bangalore for a one-day trip. The wooden toys are world-famous and the art and craft collection here is amazing. One of the primary ingredients to make these toys is ivory wood. These toys are the most eco-friendly ones as they use vegetable dye to color the beautiful figures. It is one of the most loved places for art lovers.

Even though it is most well-known for its viewpoints and its greenery, Nandi Hills is also a popular historical fortress that is home to a number of temples, monuments and shrines. Apart from its historical sites and heritage monuments, Nandi Hills is also famous for its trekking trails, cycling routes and adventure sports such as paragliding. It is truly the perfect place to enjoy a peaceful retreat from life in the city and take in some of the best views the countryside has to offer.

The name Anthargange refers to the perpetual spring that flows through the rocks from the middle of the mountains. The name literally means 'Inner Stream' or 'Ganges from the deep' in Kannada. The origin of this stream is still a mystery. It also houses the Kashi Vishweshwara Temple which attracts devotees as well.

October to March is the best time to visit Anthargange when the monsoon drifts away, and the cold starts to settle in.

This is one of the popular tourist places near Bangalore. The Mandya district is famous for sugarcane fields and this village is famous for having large colonies of Painted Storks and Spot-billed Pelicans nesting in trees within the village. It is home to cranes, painted storks and pelicans.

The best time to visit the migratory birds is October to March.

This is one of the best waterfalls in Karnataka. The island town of Shivanasamudra that divides the river into twin waterfalls – Barachukki and Gaganchukki, has a group of ancient temples located on it. Being a segmented waterfall, Shivanasamudra has multiple waterfalls dropping over a cliff. A popular activity that you can participate in on this day trip around Bangalore is a coracle ride over the gushing water at the bottom of the falls.

The perennial Shivanasamudra Falls can be visited anytime during the year but the best flow is in the monsoon season of July to October.

Mysore is one of the most famous tourist destinations in South India. The city is praised across the country for its arresting buildings and monuments along with its flamboyant imperial heritage. Its world Heritage-listed palace of the city is perhaps something that brings most travelers here.

Mysore is also a burgeoning center for the production of superior quality incense, silk, and sandalwood.

Take a tour to Mysore in between the months of October and February, as the weather is pleasant and blessed with cool breezes, making it the best time to visit Mysore.

A perfect choice for one-day trips near Bangalore, Wonderla is an amusement park located on Bangalore-Mysore Highway. For adventure junkies, the park features adrenaline-pumping roller coasters and several types of rides that will compel you to scream at the top of your lungs. And if you would rather prefer to bask under the sun, there is a wave pool to lower yourself into. Besides, ensure some lighthearted moments, take pleasure in a rain disco or catch a show of the Adventures of Chikku.

Best Time to Visit is between March and August.

Life in Bangalore can become hectic and monotonous. The approaching deadlines and countless assignments make you lose sanity. Then you start searching for places whe

Despite sore leg cramps and dehydration, if you are willing to go the extra mile on your trekking expeditions, be it the temples atop hills, night trekking to catch 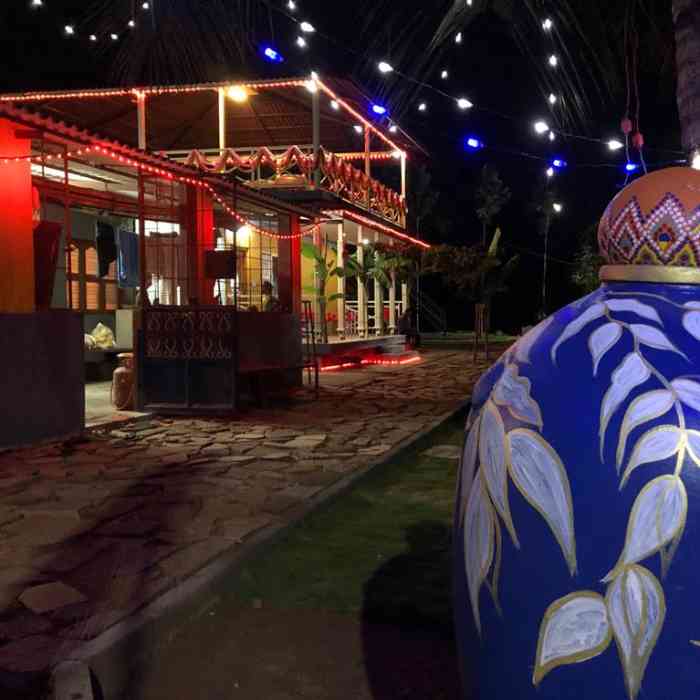 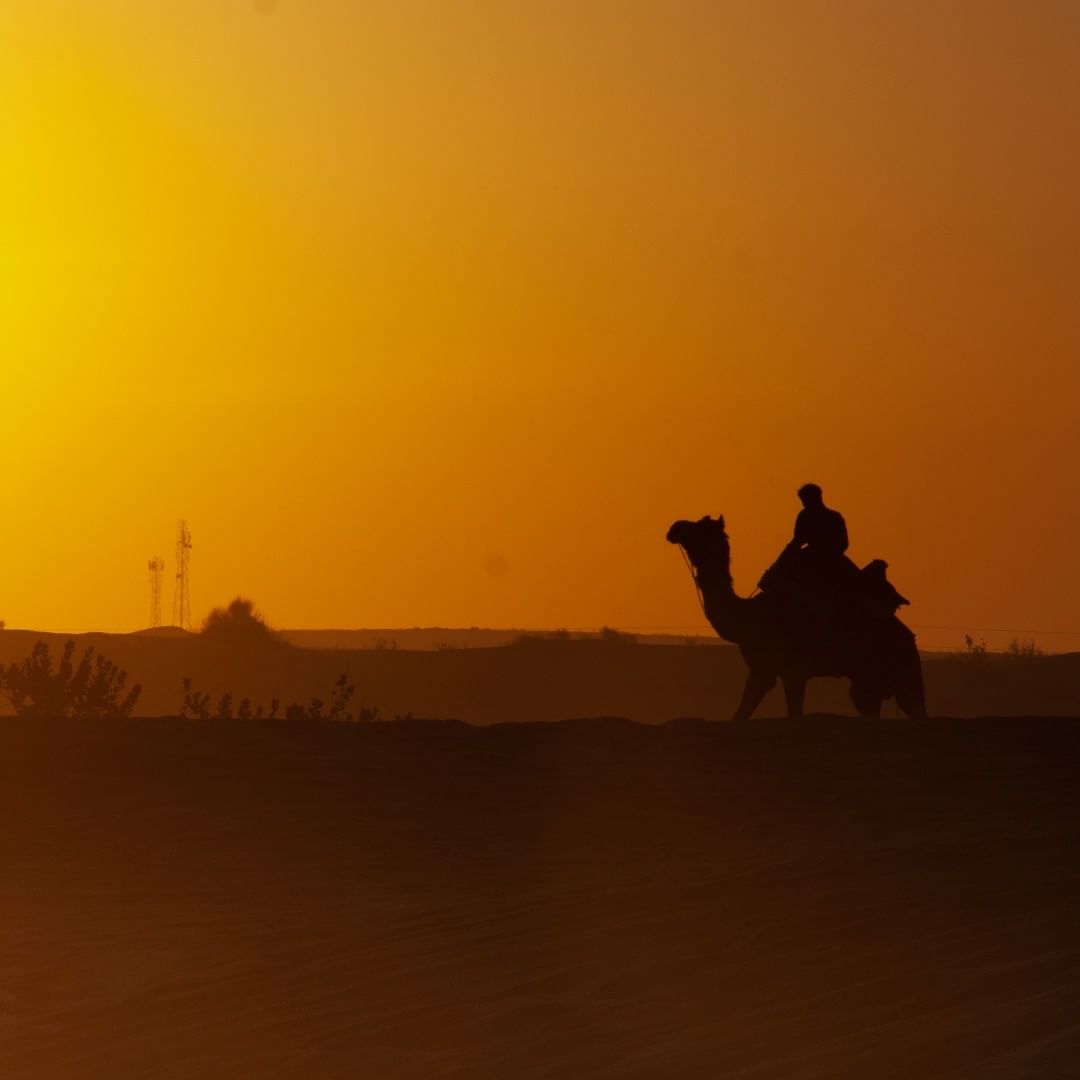 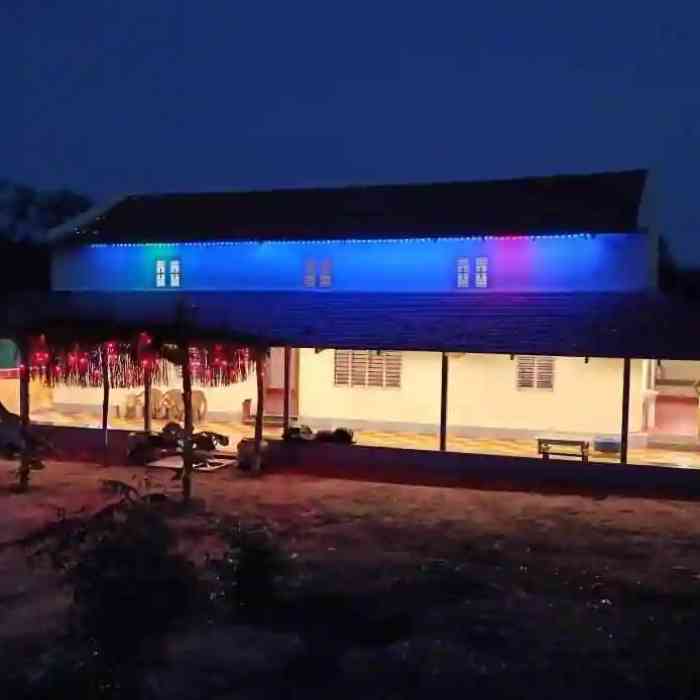 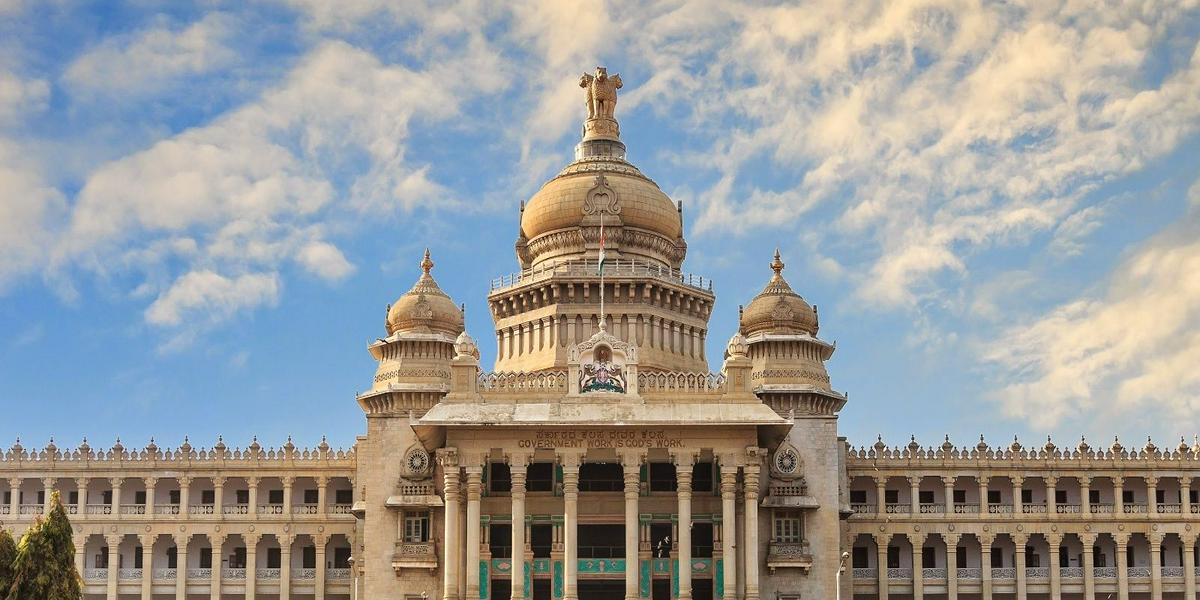 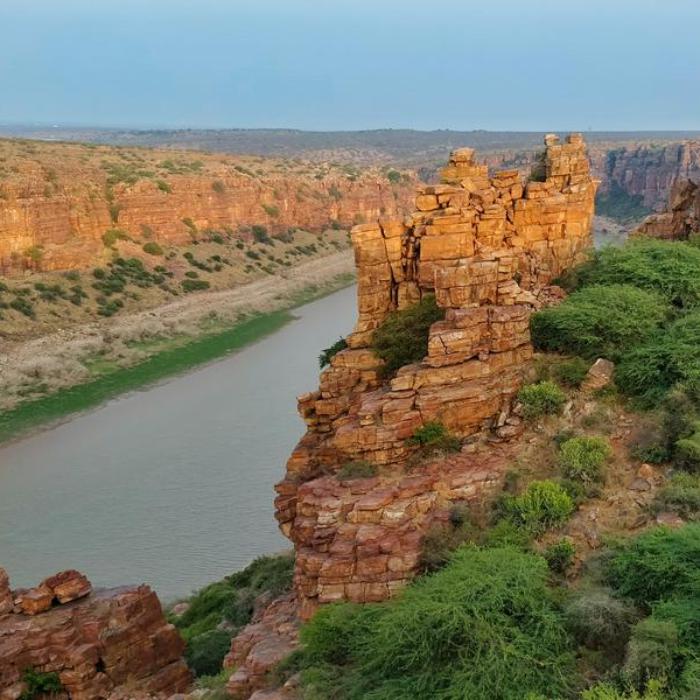 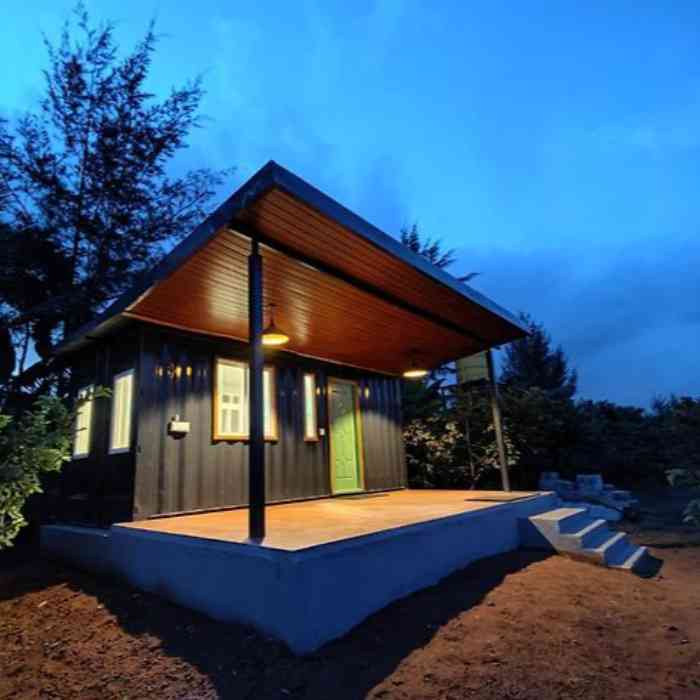 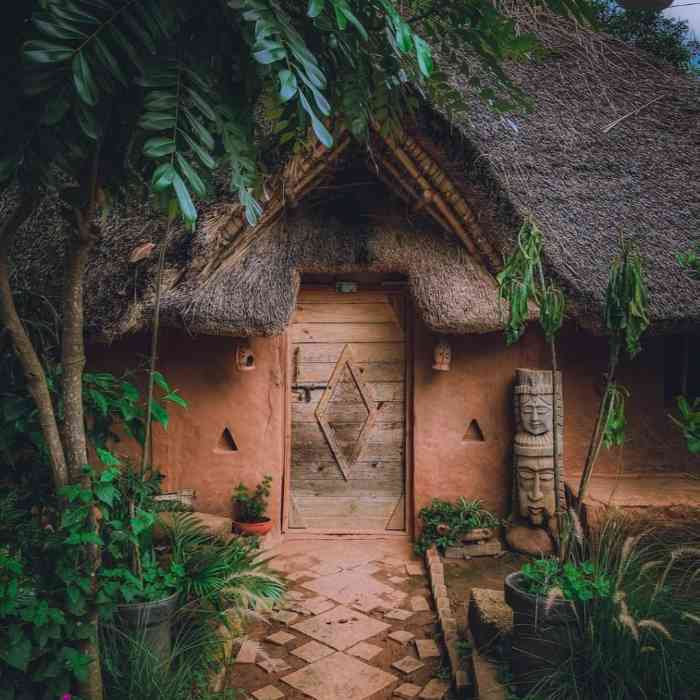 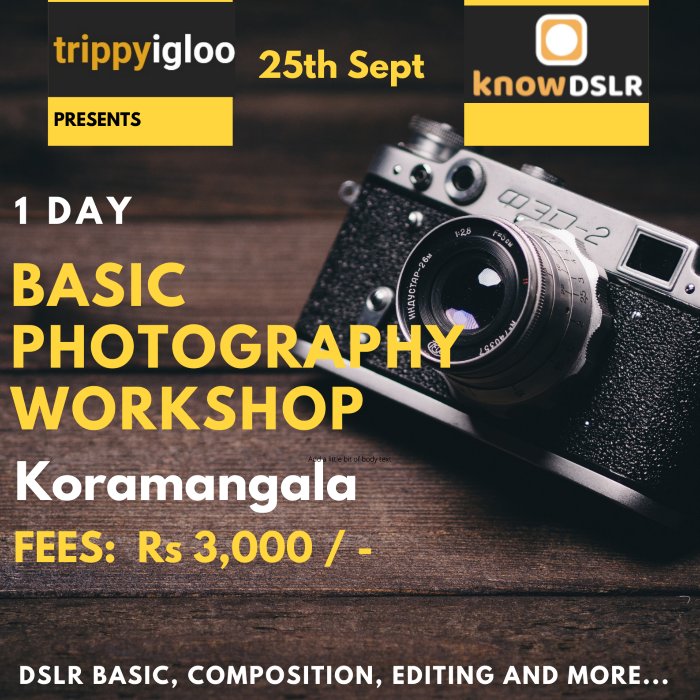 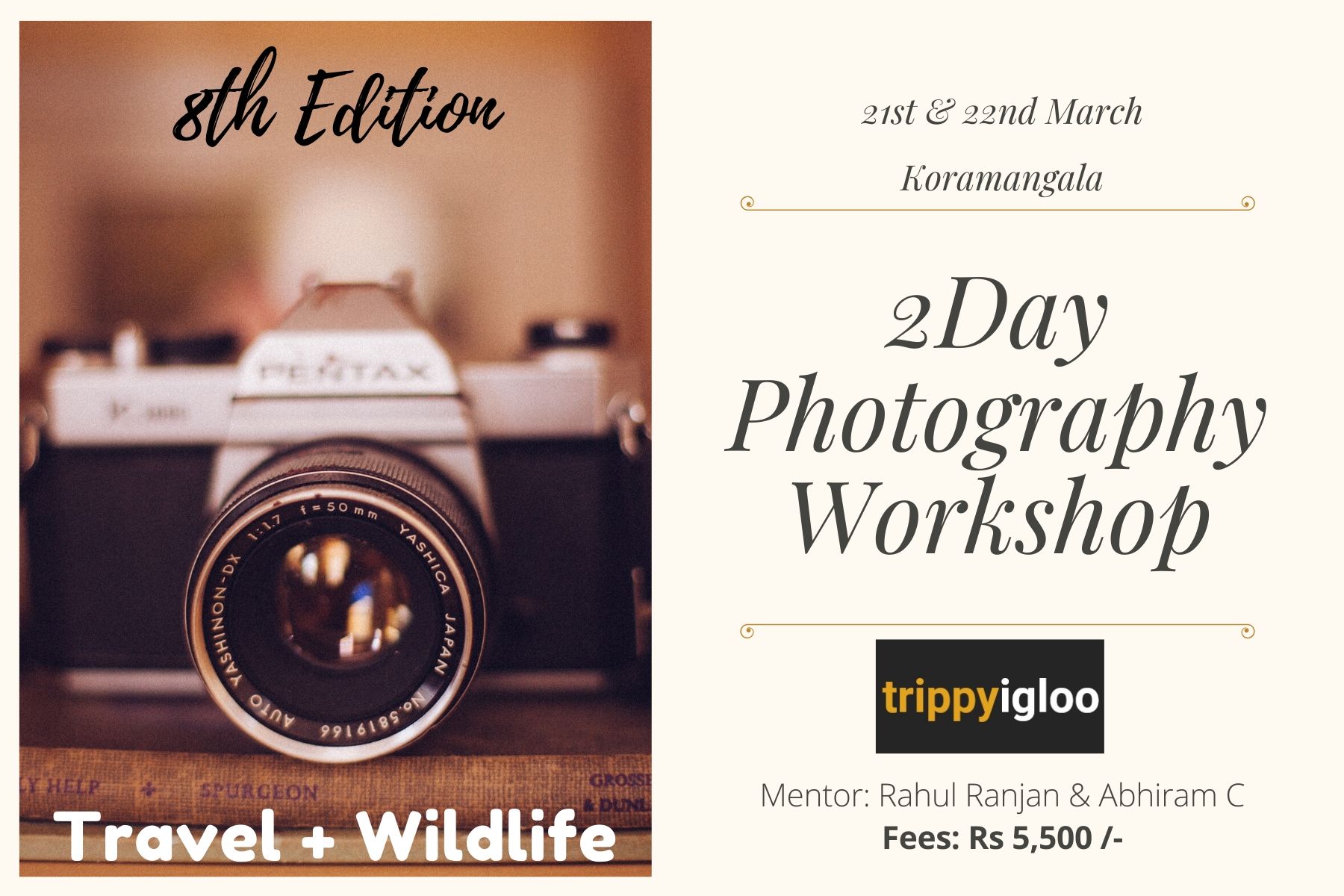